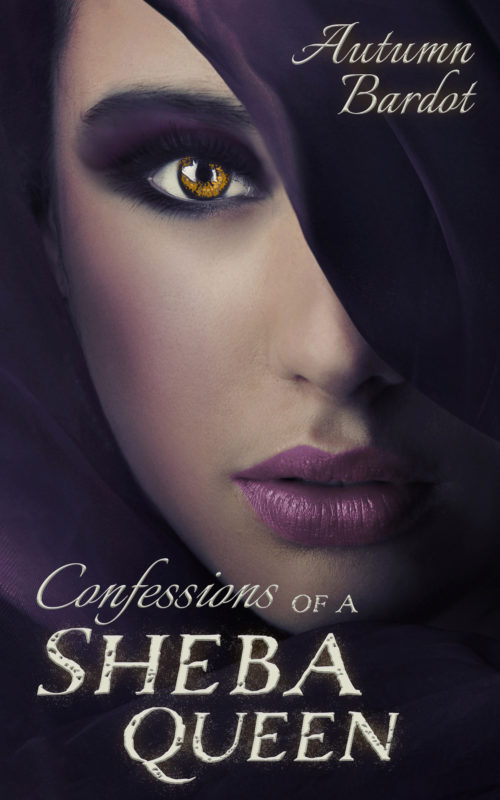 CONFESSIONS OF A SHEBA QUEEN

During a raging sandstorm along a riverbed in the ancient lands of Saba, a powerful jinni born of smokeless fire gives birth to a half-human daughter. Bilqis does not inherit her mother’s magical abilities, but the fire of her jinni blood does imbue her with other powerful gifts. As she undergoes her rites of womanhood and her insatiable sexual hunger is awakened, it becomes clear—this is the key to her “great destiny” prophesized at her birth. But it could also lead to her total undoing.

Bilqis comes to understand that her supernatural talents have the power to make men, and women, and nations prostrate themselves in utter devotion to her. When tragedy strikes, she leaves her home to seek revenge against the tyrannical god-king whose reign is a plague upon his land and people. Armed with only her body, courage, and wits, she quickly masters the art of seduction, all the while resisting the mind-consuming call to stay locked in an endless cycle of carnal passion.

Destiny soon intervenes, and what began as a quest for vengeance becomes a mission to heal the land of Saba from a twisted, corrupt regime and to see it become the wealthiest kingdom in all the land. Yet, it is only after meeting the already legendary and wildly attractive King Solomon that Bilqis discovers her greatest battle is not with others, but with herself.

About the Book
Look Inside
Disclosure of Material Connection: Some of the links in the page above are "affiliate links." This means if you click on the link and purchase the item, I will receive an affiliate commission. I am disclosing this in accordance with the Federal Trade Commission's 16 CFR, Part 255: "Guides Concerning the Use of Endorsements and Testimonials in Advertising."