I will present on two different topics.

Does the word symbol make you shudder? We all know that words are powerful magic, imbued with nuance, subtext, connotation, and emotions that reside deep within our collective consciousness. Words impart meanings the readers respond to on a visceral level, that extend beyond the literal meaning. Shake up what you know about symbols and discover all the ways they can provide thematic, foreshadowing, contextual, plot, and characterization beyond the superficial. We will look at four elements; blood, topography, architecture, and fire & water, and ways to amplify conflict, theme, emotion, and character your way.

Dive into a little-used author platform and bring your particular skill set or interest to readers. Having trouble getting ‘out there’ on the traditional social media platforms? Me too. I also wanted to brand and market my books in a more subtle way. A complete novice—and not especially techie—I waded through YouTube set up, vlog topics, videoing snafus, and editing snags. Was it worth it? My author reach expanded, and I get more views on a video than I ever did on a blog! Shake free from your author cage with a YouTube channel that is uniquely you!

The Fussy Librarian’s Newswire asks me how Vlad the Impaler became a romantic lead. Read the article HERE. 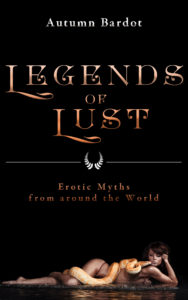 Reviews for Legends of Lust

Tulsa Book Review: “Autumn Bardot brings that sexual delight to the forefront with Legends of Lust, a collection of short story retellings that inject the passion back into some tales where it has been stripped away over the centuries. And whether it’s a cautionary tale or a story of sexual freedom and rebellion, Bardot is sure to let the lasciviousness shine through. Mythology has rarely been this sexy.”

I Love Romance Blog: “It is rare to find stories that are an equal mix of romance and erotica, but the author does a great job of blending the two.”

Mistress Golightly: “Well written and a wonderful read, one could easily devour the entire compilation in a single zealous sitting…if you can handle it.”

Bibi’s Book Blog:”What Bardot has done is downright ballsy. And the result is so epic it’s been a joy to read.”

Literaria: “I enjoyed all of them because each story is beautifully composed, the characters are artfully drawn and every couple retains their uniqueness and sensual spark.” 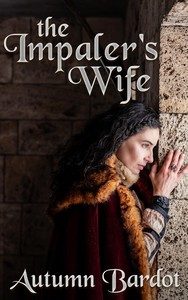 Editorial Review for The Impaler’s Wife

Kirkus Reviews:  In a unique take on this well-known figure, Bardot depicts Vlad’s story through the eyes of his wife, Ilona, a courageous, intelligent young woman whose cousin is the king of Hungary. The narrative chronicles Vlad and Ilona’s marriage, a love match that’s also politically expedient. Their relationship is full of emotional extremes and constant maneuvering as Ilona struggles to stay in the mercurial prince’s good graces and keep his attention, both as a confidante and as a lover. Bardot does an excellent job of portraying Ilona’s metamorphosis from a naïve young maiden to a wife who’s determined to hold on to her husband even as their evolving relationship chips away at her beliefs, morals, religion, and identity: “I did not tame the beast,” she reflects, “far from it. My husband released the beast within me.”

I Love Romance Blog: “As a reader, I was yanked into the tale from page one, equal parts mystified throughout, and by turns horrified yet unusually resigned to the circumstances. This book may test your faith in…well, everything you think you know. Bardot has an uncanny ability to make one of the most vilified historical figures utterly human. Or is he far more than that?”

Historical, sensual, intriguing and magical, The Impaler’s Wife brings the story of Vlad the Impaler to life. From the very beginning, the poetic text brimming with mystery intrigued me. With alternating points of view between Ilona and Vlad, Vlad’s upbringing and childhood sacrifices lay context for the horrors he committed as an adult.

Editorial Review for The Emperor’s Assassin 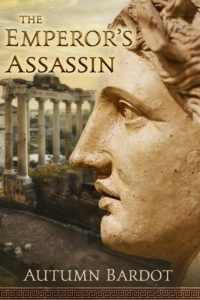 Kirkus Review: A work of historical fiction, set in the first century, dramatizes the life of Locusta of Gaul, a woman famed for being a skilled poisoner of thousands.

Locusta, whom her father calls the “most beautiful woman in Gaul,” is promised in marriage to the wealthy Faustinus—a prospect that initially delights her. But when she meets him in person, she discovers an ugly, coarse old man who’s capable of unspeakable cruelty; before they’re married, he brutally rapes her. Pricilla, Locusta’s servant and best friend, uses her knowledge of herbal poisons to murder Faustinus in revenge. Pricilla then becomes Locusta’s mentor, teaching her not only which flowers have “lethal seeds, and which deadly blooms,” but also the ways to prudently navigate a “poison-filled world.” The servant counsels and warns simultaneously: “Knowledge of deadly plants is the worst kind….It will end all innocence—shine a light on your soul—make you see the dark workings of your mind and heart—make you question the truths you cling to.” Locusta is sent to Rome to petition Emperor Claudius on behalf of her father, Quintus Metallus Parisii, a vintner who’s dangerously behind on his taxes. Once there, she’s drawn into the dangerous world of political intrigue and compelled to conspire against Claudius. Bardot (Dragon Lady, 2019, etc.) spins a grippingly dark tale about Locusta’s life as an “assassin and peddler of poison” in the service of Claudius’ successor, Emperor Nero, a truly twisted man. The author masterfully portrays the vicious contests for power that characterized Roman politics at the time and the lurid manner in which such political ambition combined with more carnal longings. As Locusta learns from Pricilla about the plight of women in a world dominated by men, readers get the remarkable perspective of a woman who’s vulnerable but resilient.

Editorial Review for Confessions of a Sheba Queen 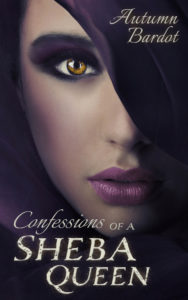 Midwest Book Review: Synopsis: During a raging sandstorm along a riverbed in the ancient lands of Saba, a powerful jinni born of smokeless fire gives birth to a half-human daughter. Bilqis does not inherit her mother’s magical abilities, but the fire of her jinni blood does imbue her with other powerful gifts. As she undergoes her rites of womanhood and her insatiable sexual hunger is awakened, it becomes clear — this is the key to her “great destiny” prophesied at her birth. But it could also lead to her total undoing.

Bilqis comes to understand that her supernatural talents have the power to make men, and women, and nations prostrate themselves in utter devotion to her. When tragedy strikes, she leaves her home to seek revenge against the tyrannical god-king whose reign is a plague upon his land and people. Armed with only her body, courage, and wits, she quickly masters the art of seduction, all the while resisting the mind-consuming call to stay locked in an endless cycle of carnal passion.

Destiny soon intervenes, and what began as a quest for vengeance becomes a mission to heal the land of Saba from a twisted, corrupt regime and to see it become the wealthiest kingdom in all the land. Yet, it is only after meeting the already legendary and wildly attractive King Solomon that Bilqis discovers her greatest battle is not with others, but with herself.

Critique: An exquisitely crafted novel by an author with a genuine flair for originality and an impressively effective, reader engaging narrative storytelling style, “Confessions of a Sheba Queen” by Autumn Bardot is an inherently fascinating and memorable read from cover to cover. While recommended for community and academic library Adult Erotica & Mythology collections, it should be noted for personal reading lists that “Confessions of a Sheba Queen” is also readily available in a digital book format (Kindle, $15.19).